It is a fine day in Auckland, New Zealand, and the farmer is up early. He has a hole to dig today. He jumps into his excavator and goes down to the lower paddock where he begins to dig. All goes well for a while until he hits something that proves difficult to move. Redoubling his efforts he finally manages to move the obstacle which suddenly spews forth a very smelly liquid. Which is not surprising when you consider that he has cut through the jet fuel supply to Auckland airport to cause a week of chaos in the skies of New Zealand!

This was the moment we choose to fly from Brisbane to Vancouver via Auckland. The flight has not been cancelled as many of the NZ domestic flights are, but instead of a direct flight to Vancouver, a stop is made in Noumea to take on fuel and for several hours we sit on the tarmac in the dark of night, thus adding considerably to the journey time. From the time we enter Brisbane Airport to the time we exit Vancouver airport is a nice round 24 hours.

We are to spend several days in Vancouver with good friends Campbell and Wendy, and they entertain us royally before dropping us off at Canada Place in the Port of Vancouver. We are there to catch the MS Zaandam at the start of a journey down the west coast of the Americas. The Zaandam moored in the Port of Vancouver Under the bridge to North Vancouver Into the sunset leaving Vancouver Canada passing through the waiting ships

We are on our way, and opening our stateroom which will be our home for the next month or so, we find our cases have arrived. One of the pleasures of such journeys is to be able to unpack everything, put the empty case under the bed, and not touch it again until we leave the ship. Our retreat for the next month or so. After a couple of days at sea, it’s fun to dress up and pretend that we are grown ups!

From Vancouver to Santa Barbara

After a couple of days at sea, our first stop is the city of Santa Barbara in California. This is a tender port and the tenders are unshipped and dance around waiting for their turn to ferry us to shore. The tenders dance their duet waiting to take us ashore.

From the moment we step off the tender, Santa Barbara appears to be the archetype Southern Californian city, with it’s wide, palm lined streets and immaculate spanish style buildings. Alongside the beach there are both walk and cycle tracks and a red Jeep. State Street and a red Mustang MOXI, The museum of Exploration and Inovation – Cute building! 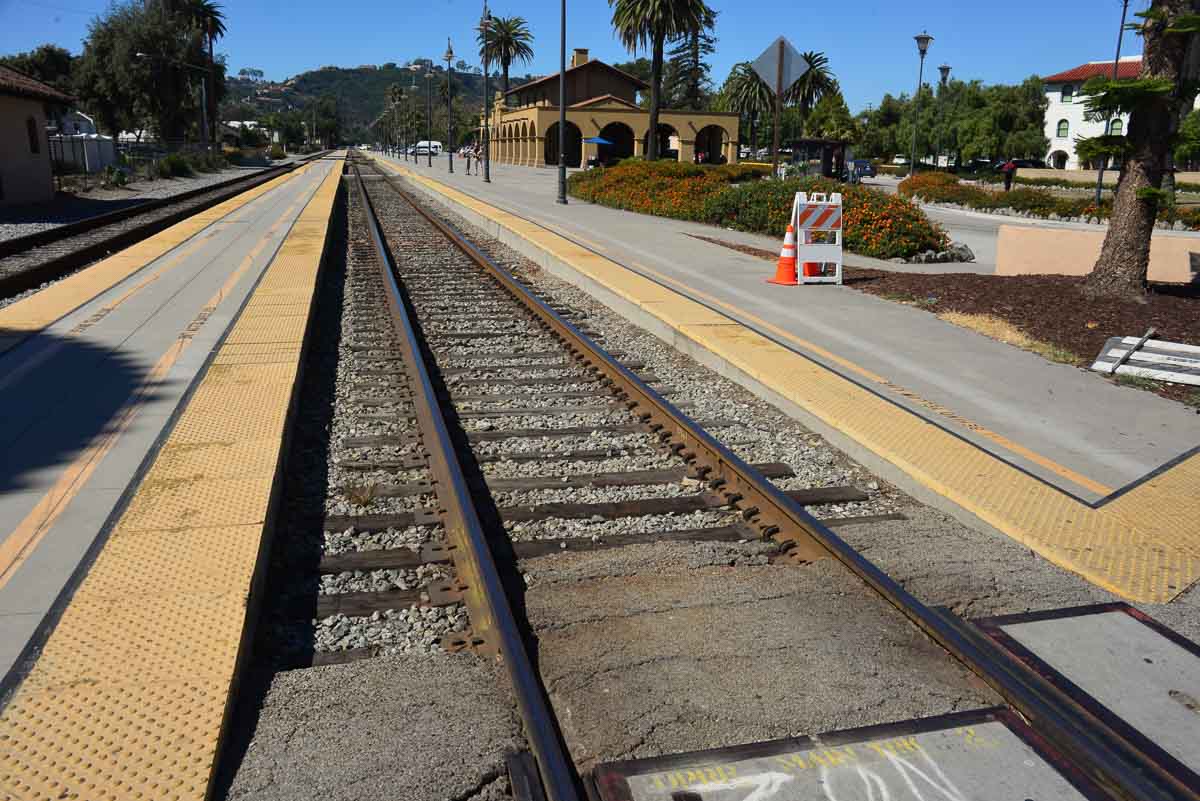 Santa Barbara rail station. Interesting to notice that there are no barriers on the crossings here. Jacqui takes advantage of a beautiful tiled seat in the main street. A tragic sight for those who live on the land in Queensland … Lantana in a flower bed!

And so we wander slowly around the town on a sunny morning, giving a cheery smile to Ronnie on the way past. Ronnie gives us a smile ….

They seem to take Halloween a lot more seriously here. A month to go before the celebrations when we are told the whole town gets dressed up and lets loose. 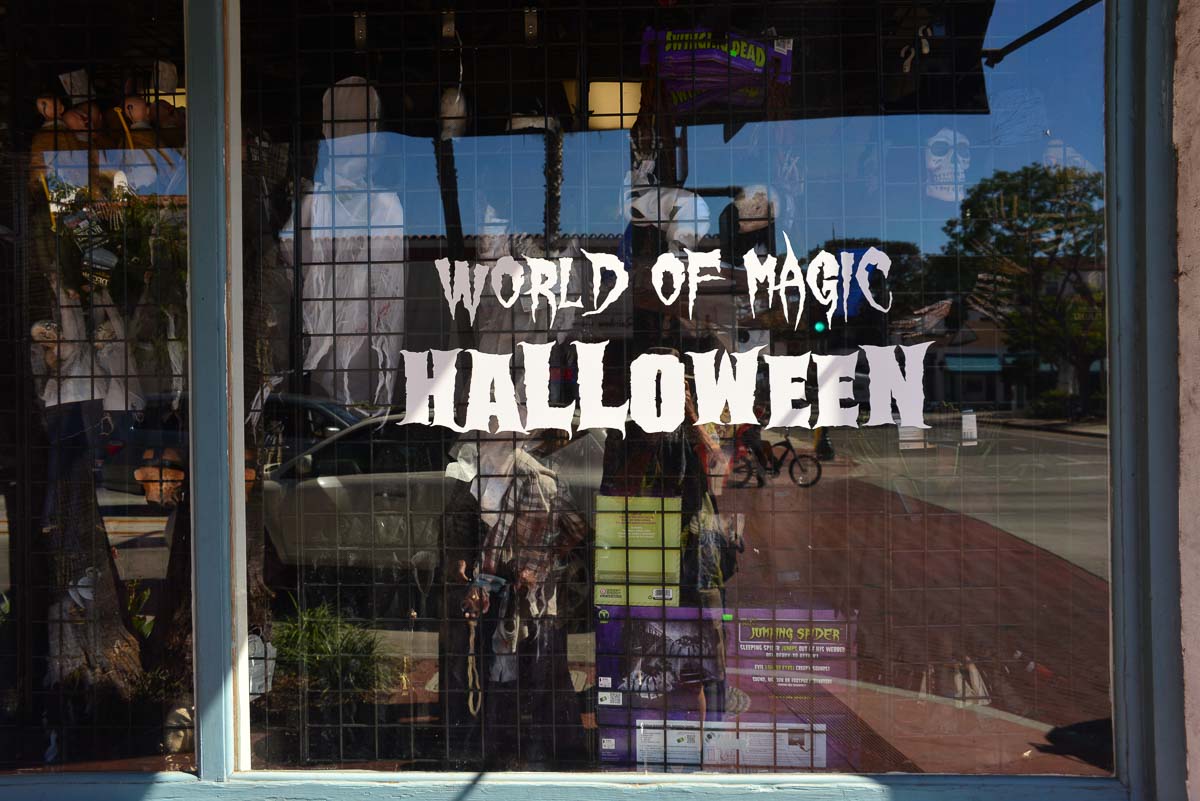 Can’t imagine this store in Australia! This one’s for Max 🙂 As we sail away the sail boats come out to play in the afternoon sun.

Our next port of call is San Diego, and we have no expectations for this visit. San Diego is a huge city and a main port for the US Pacific Fleet. We get off the ship and walk into the city, and after wandering around rather aimlessly for a while, stop for a coffee and then end up in a Shopping Centre, of all places. 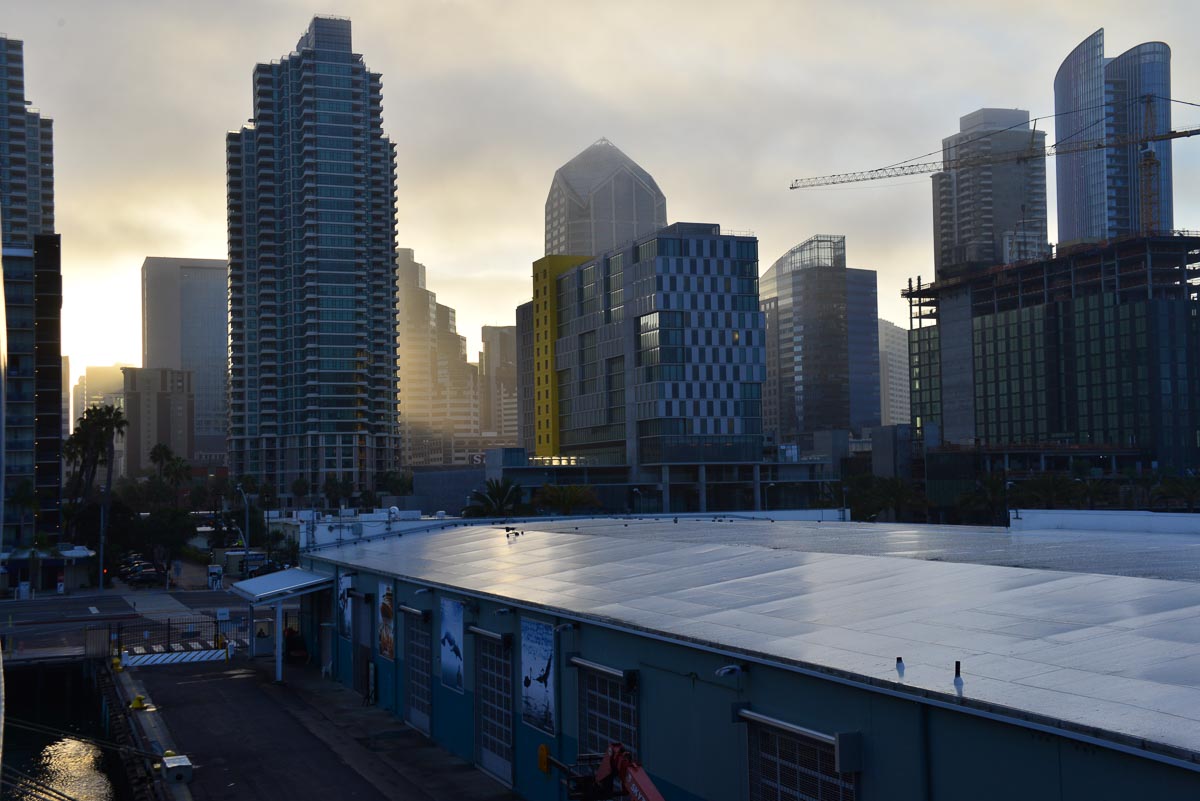 San Diego is a chance for the Zaandam to refuel and the fuel barge sidles up to the ship. The Star of India … an iron hulled three masted bark built in the Isle of Man. The railway runs in the canyons between the high rise condominiums. 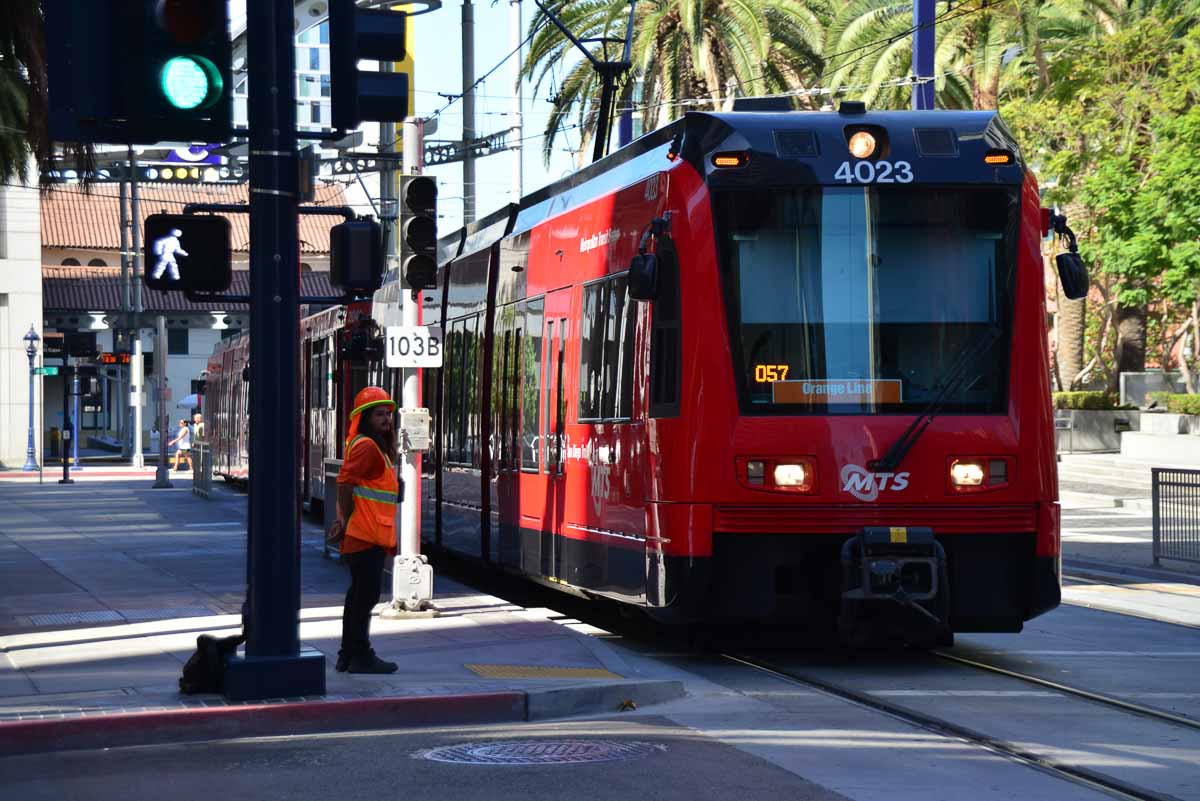 Red is a popular colour here … and the crossing sign has a white man … very strange. The shopping Centre has a good trick. It lures you to it’s upper levels and then makes it very difficult to find your way down. Maybe they just want you to have a good view of the eagle. As we leave we get a view of a couple of aircraft carriers inside their cage. We are accompanied by a Coast Guard vessel complete with forward gunner. And they have lots of helicopters to choose from when they fancy a trip somewhere. Those passengers who joined the ship in San Diego get into some serious partying as we leave port.

And so we leave the safety of the English speaking democracies and head south to heaven knows what strange civilisations.

12 responses to “Vancouver and the United States of America”